>After operations in Vietnam, our track commanders would gather together for “lessons learned,” what had we seen, smelled, observed, not seen etc during that operation?

After this summer, I will be penning some “lessons learned” from several weeks of teen camp ministry in several states.

Alas, the chief observation is the continued growth of Biblical illiteracy.

I don’t expect teens to be scholars, but I’d hope they could find the gospel of John…many can not…and these are not unsaved students or from “liberal” churches…but from “Bible-believing, Christ-exalting, evangelical” churches.

I often ask a group of teens what the greatest commandment is…to virtually no answer. Yes, I recognize that many won’t participate for fear of saying the wrong thing, but the blank looks can’t be faked. 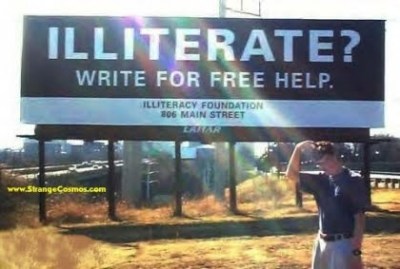 It is frightening. I am convinced that I could be the guest speaker in any local congregation, and, after being introduced, could say something like, “Good morning, it’s a pleasure to be with you, let’s turn to Second Hezekiah chapter 5” and (assuming there were any Bibles present) pages would start to turn.

My paramount observation of camp ministry 2010 is that the disease of illiteracy, Biblical illiteracy, is rampant, growing, and a major, major concern.

Which, of course, is the chief reason I continue to be a proponent of Bible quizzing…not for the competition, certainly not for the stupid trophies and medals that end up in Salvation Army bins…not for the nationals trips; but for the fact that day-by-day teens are memorizing chunks of God’s Word in context.

It is not a “cure” in and of itself, but I gladly prescribe it to all!

>Ever encountered a Lucy while sharing things with someone…whether the gospel or “just” some advice and/or opinions? Ever been a Lucy when the Lord…or one of His messengers…is trying to tell you something?