>A huge danger of border-line-legalism is the lists that are made (rock music, r – rated movies, etc) become the standard while so much other “stuff” is ignored.

Tim Keller has written a compelling book dealing with the prodigal son(s), and he makes this vital observation:

“Here, then, is Jesus’ radical redefinition of what is wrong with us. Nearly everyone defines sin as breaking a list of rules. Jesus, though, shows us that a man who has violated virtually nothing on the list of moral misbehaviors can be every bit as spiritually lost as the most profligate, immoral person. Why? Because sin is not just breaking the rules, it is putting yourself in the place of God as Savior, Lord, and Judge just as each son sought to displace the authority of the father in his own life.”

>”The eminently humble Christian has so much to do at home, and sees so much evil in his own heart, and is so concerned about it, that he is not apt to be very busy with other hearts.” Jonathan Edwards, cited by Ray Ortland

Today he has this link to an article in a “gay” newspaper in which Ray Boltz describes his “coming out of the closet” as a homosexual. (be careful, if you go to the link there may be some inappropriate advertisements alongside the article)

The article quotes Boltz, “This is what it really comes down to,” he says. “If this is the way God made me, then this is the way I’m going to live. It’s not like God made me this way and he’ll send me to hell if I am who he created me to be … I really feel closer to God because I no longer hate myself.”

Ah, he had a bunch of good songs, but the song he now sings to himself is deception. Do we toss out his music? That’s an individual call, but we don’t toss out the psalms etc of David? Of course David came to repentance…let us pray Ray does also.

>Vital reminder from an ancient source:

“Q: Who has truly pondered the weight of sin?

A: The one who has truly pondered the weight of the cross.”

“Every time we look at the cross Christ seems to say to us, ‘I am here because of you. It is your sin I am bearing, your curse I am suffering, your debt I am paying, your death I am dying.’ Nothing in history or in the universe cuts us down to size like the cross. All of us have inflated views of ourselves, especially in self-righteousness, until we have visited a place called Calvary. It is here, at the foot of the cross, that we shrink to our true size.” 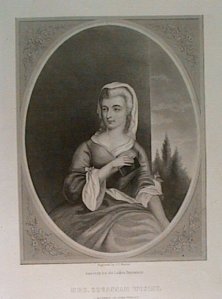 It is imperative to realize that some activities can be “okay” for one follower of Christ and dead wrong for another. Here’s a good test from an incredible woman of the past:

If you would judge of the lawfulness or the unlawfulness of pleasure,
then take this simple rule: Whatever weakens your reason, impairs the
tenderness of your conscience, obscures your sense of God, and takes off
the relish of spiritual things – that to you is sin. 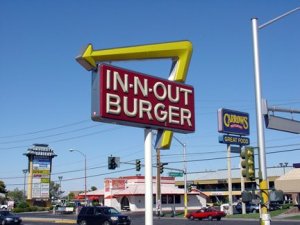 My son Jacob, 6, is adopted (as is my daughter Janelle, 13). His biological/birth mom just lost a baby 8 months into her pregnancy.

Sadly this is her fourth pregnancy. Her first was “terminated” in her early teens; her second was Jacob, a third miscarried, and now this.

I shared this with some friends, and there were questions as to her relationship with the Lord. Some were fairly candid in voicing their opinion that obviously she needed to be “saved” since she was continuing in sin.

I don’t pretend to “know” her spiritual condition. When she is around (very infrequently) she talks-the-talk; and appears to have a real desire to grow in Christ.

My concern is for those who categorize sexual sin in a different way than other sin (most notably theirs…and mine). I recognize that Scripture speaks strongly about the ramifications of sexual sin; but the fact that this young woman is sleeping around…at least occasionally…does not allow us the privilege of “assuming” she is not “in Christ.”

For my money, the most terrifying verses in all of the Word are in Matthew 7 where Jesus declares “Not everyone who says to Me, ‘Lord, Lord’ shall enter the kingdom of heaven.”

The older I get the more convinced I am that half-of-heaven is going to involve looking at people and thinking, “How did they get in?” while the other half will be spent wondering “Where is so-and-so (people I thought were Christians who in fact were not?”

Is Jacob’s birth mom saved? I certainly pray so…and have frequently prayed the Lord to invade her life if she is not “in Christ,” and to provoke her to purity if, in fact, she is my sister-in-Christ.

But to “assume” she is not a Christian because she has had pregnancies out of wedlock is not “righteous judgment.”